Well where shall i start?

Lets start with the weather. When we all arrived at the track the weather gods weren't being nice to us at all.

Even though it was raining we still have a good number of drivers arrive with us. Even though one of them chickened out not to mention any names.

We started the day with 3 rounds of qualifying with the best two to count. We only had 2 heats a round, a single heat of nitro and a single heat of electric. With the usual way of doing things, the computer ran the meeting in automatic mode with roughly 9 minutes between each heat and 15 minutes between each round. So everything ran nice and steady.

With the rain easing off and the track starting to dry. We saw some very interesting and yet very close racing between the drivers.

After the first round of qualifying there was only 1.56 seconds between Adam Smith and Chris Jeffery in electric. The second round continued with another round of close racing. This time in electric buggy Chris Jeffery won that round by only 0.03 of a second. Adam Smith was second. Third round was also very close as the track was drying out and the drivers that attended finding the tyre choice difficult. At the end of this round Chris Jeffery won this round 7 seconds in front of Adam smith. Nitro buggy was dominated in all 3 rounds by Graham Alsop

However in the end the top drivers in Buggy were;

After a 40 minute break we ran the 2 finals. First out was the Buggy Final which lasted for 20 minutes. During this race we saw some fantastic driving from all drivers. The top 3 after this race were;

1. Graham Alsop a driver for HotBodies

2. Harvey Ward a up and coming young driver

3. One Track Dave also driving for HotBodies and part of the furniture at Deerdale

Well what can i say about this final that lasted for 18 minutes. Very good race. Some bad luck for Graham Stocks where he broke an axel, How he managed that we have no idea. After a few mistakes Chris Jeffery ended up coming in third. But He was catching Adam Smith up who was in second and only binned it around 4 laps from the end.

Well done and thank you to all drivers for turning up in the awful weather we had to start with. We shall see you all again in the few weeks time and the fifth and final round of the Deerdale Winter Series on the 10th March. 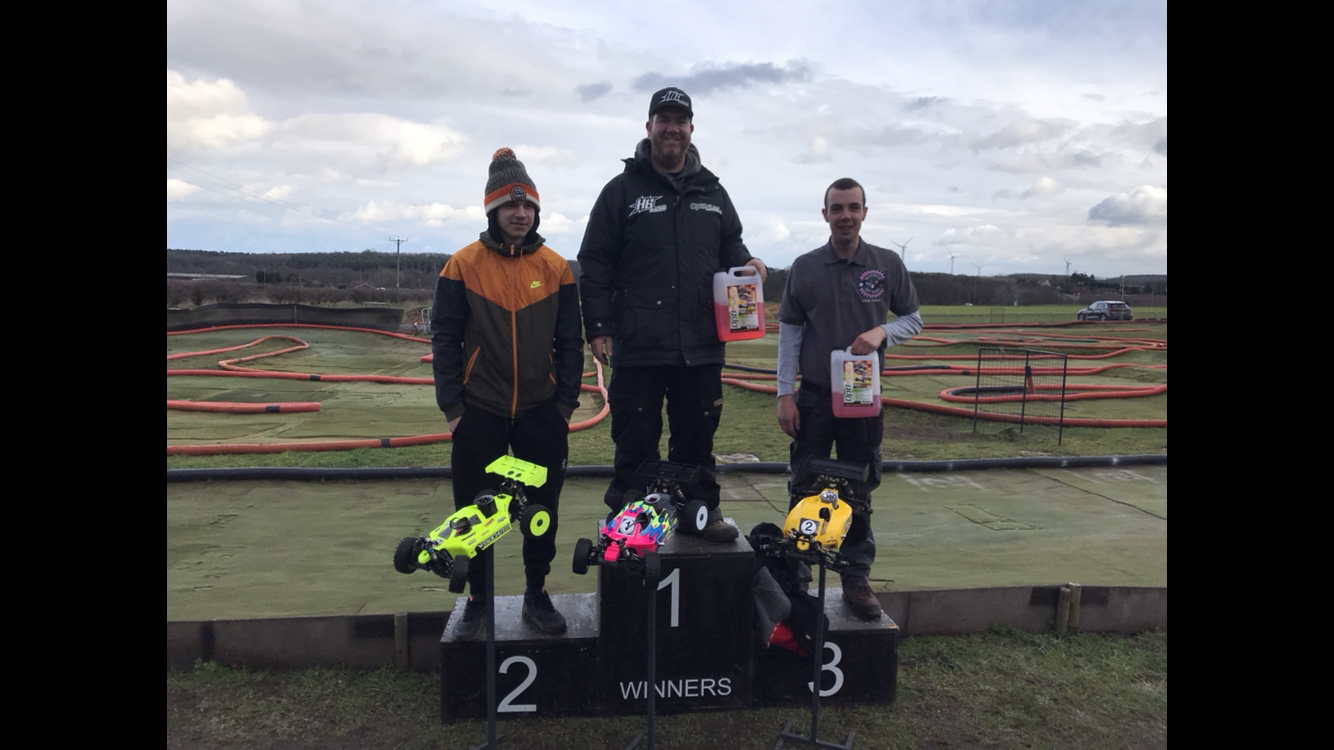 We have 36 guests and one member online