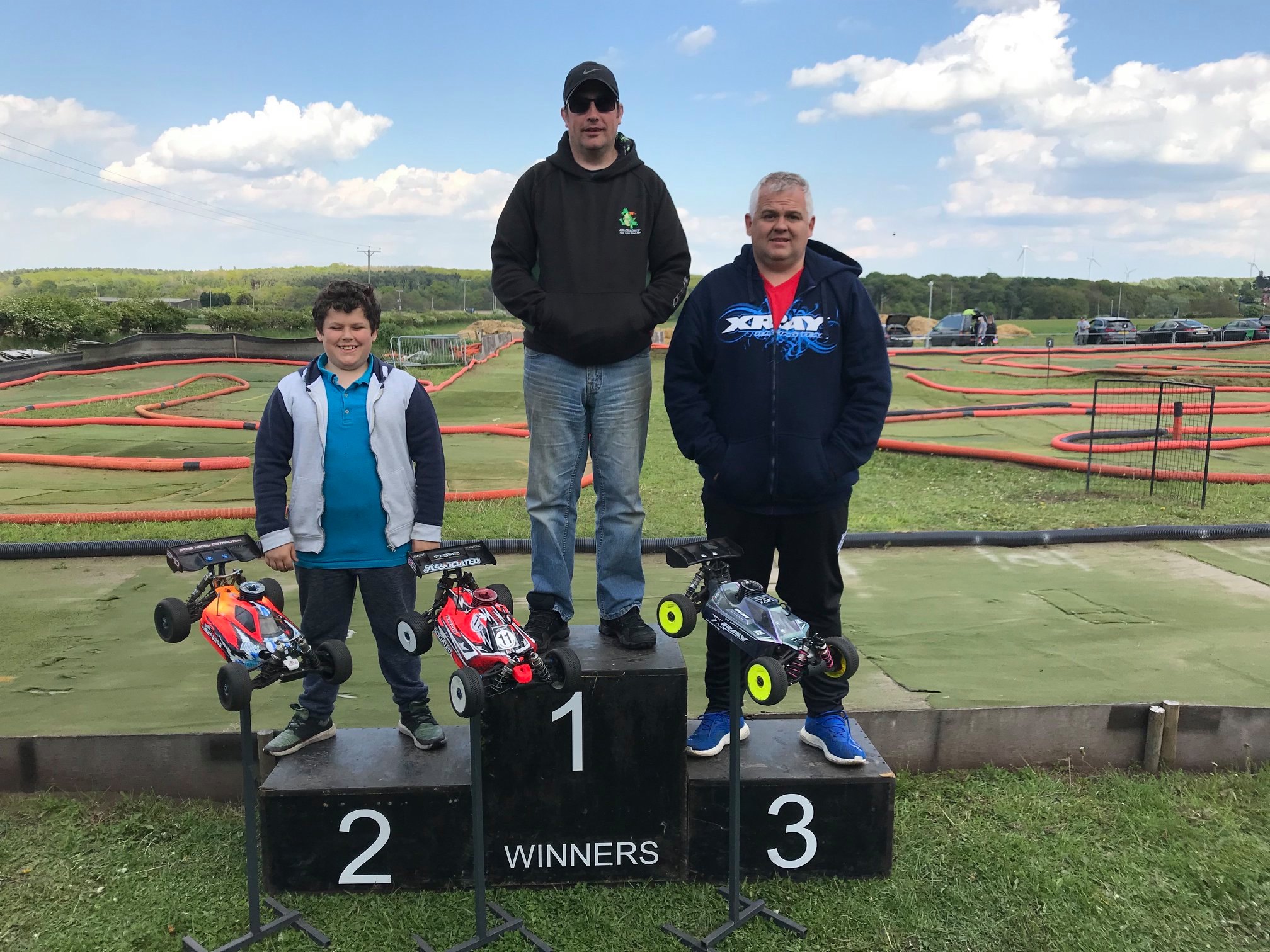 Well what a fantastic day we had at Deerdale Off Road for the second round of the Summer Series. Club treasurer had kindly brought the weather back from Australia with him and it was lovely.

29 drivers made the trip to the track and what fantastic turn out it was. With two heats of Nitro Buggy and one heat of Electric Buggy and armed with a new track layout we decided to have a round of timed practice to start with followed by 4 rounds of qualifying with the best two to count. With some new faces we had a drivers briefing to let them know what to expect. With the computer running in its usual automatic mode the meeting progressed with steady but constant pace. The computer put around 8 minutes between each race so this made the format and meeting very relaxed.

After the qualifying process we had roughly a 30 minute break before we started finals. The top 3 from each class was;

The finals started just after two in the afternoon with the Nitro Buggy B Final. This race lasted for 20 minutes and had 6 racers in it. The top 3 were promoted into the A Final. After some good battles through the race we saw a new driver to the club Alan Paver took the win with, The man, The myth, The Legend young Finley Jepson take second place and finially Craig Russell took third place.

The next race out on the track was the 18 minutes E-Buggy A Final. This race consisted of 11 drivers. The race was a fantastic race to watch the the top drivers doing very well. After 18 minutes we saw local driver and part of the furniture Paul Fyfe take the win in this race with Adam Smith coming in second place, The third place was taken by Graham Stocks, another local driver who spends more time at the track than we do.

Just before 3:15pm we started the A Buggy Final. This was also a 20 minute race. The battles for the top spot was brilliant. Adam was out in the lead then David was out in the lead then Adam again. Sadly the battle came to an end when David and Adam was passing a back marker and Adam started to tip over and the back marker accidently tipped it and tipped him over. While he was revving his engine it cut and blew the plug. Hard luck Adam. How ever in the end we saw David Cantrell take the win with Jonathan Weldon in second place and due to an lap counting error Paul Irwin and Lee Maggs were joint 3rd.

I would like to thank everyone for coming to us and supporting the club and for taking your rubbish with you and not littering the track. The next meeting at Deerdale is on the 26th May which is the Tesla Cup, and our next club meeting is on the 16th June.

I hope to see you all soon

We have 5 guests and no members online