Well the third round of the Deerdale Summer Series is done and dusted, and what an interesting day it was. The day started out with the usual 4 rounds of qualifying. The first round was really fast because the track was dry. However during the second round roughly half way through the electric race it started to rain. Very light rain so light you can't actually see it raining. But all the drivers could tell when their cars stopped going round corners as easy as they were. The third round it dried up again and the forth round it rained again. It was getting difficult to decide what tyres to put on the car, Either wets or drys.

After a short break we started finals. First final on the line was the Nitro Buggy B Final, This race contained 5 cars and lasted for 20 minutes. Was an interesting race because for the most part it was dry. In the end we saw Craig Russell take the win in this race. Young driver Finley Jepson came in second place and finially Kevin Morris. These driver were promoted to the A Final! The next final out was the E-Buggy A Final. This race ran for 18 minutes and contained 10 cars. The start of the race there was the usual slowing down. The drivers were bouncing all over the place due to the track being sightly damp. After all the hussle and bussle we saw the Daniel Austin take the win with his Tekno Buggy. Lewis Marshall came in second place and local driver also for Tekno Si Cummins came in third place.

After a short break we started the final race of the day being the Buggy A Final. This race also lasted for 20 minutes and it contained 13 cars. The race started off dry but as the weather gods have been horrible to us all this week it started to rain again. But after 20 minutes we saw Hot Bodies driver Graham Alsop take the win, Another driver for Hot Bodies David Cantrell took second place and another Hot Bodies took third place. This means a Hot Bodies 1,2,3!

I would like to say thank you to all drivers who come to see us at Deerdale this weekend. It was nice to see you all. It was also nice to see some new faces. Even seen some old ones too, Vince Ping who we haven't seen for years even popped in for a visit. Big thanks goes to Liam Brocklehurst and to Kyle Ward-Taylor for double marshalling today it was appreiciated. The next round at Deerdale is on the 7th July. See you all soon! 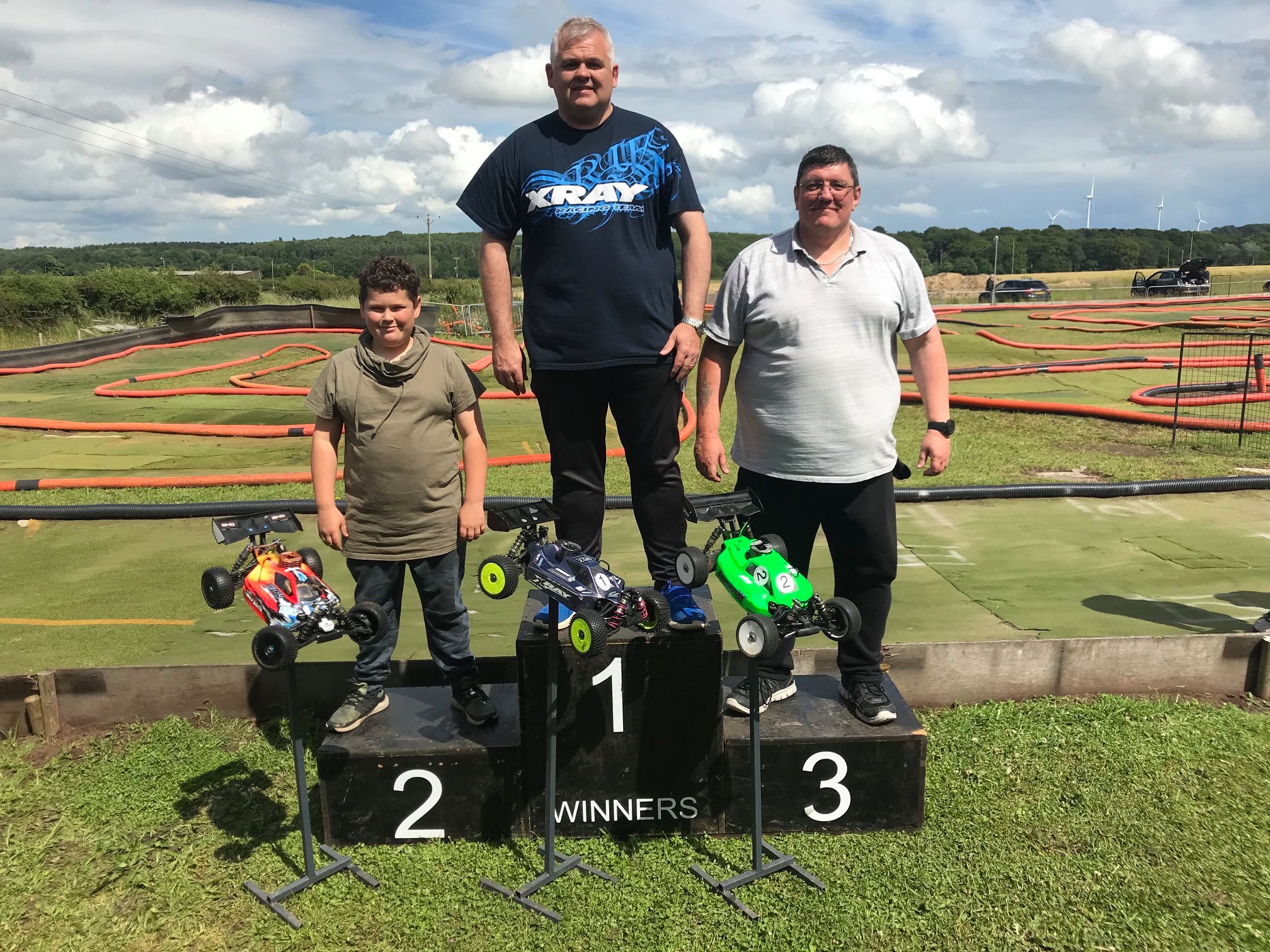 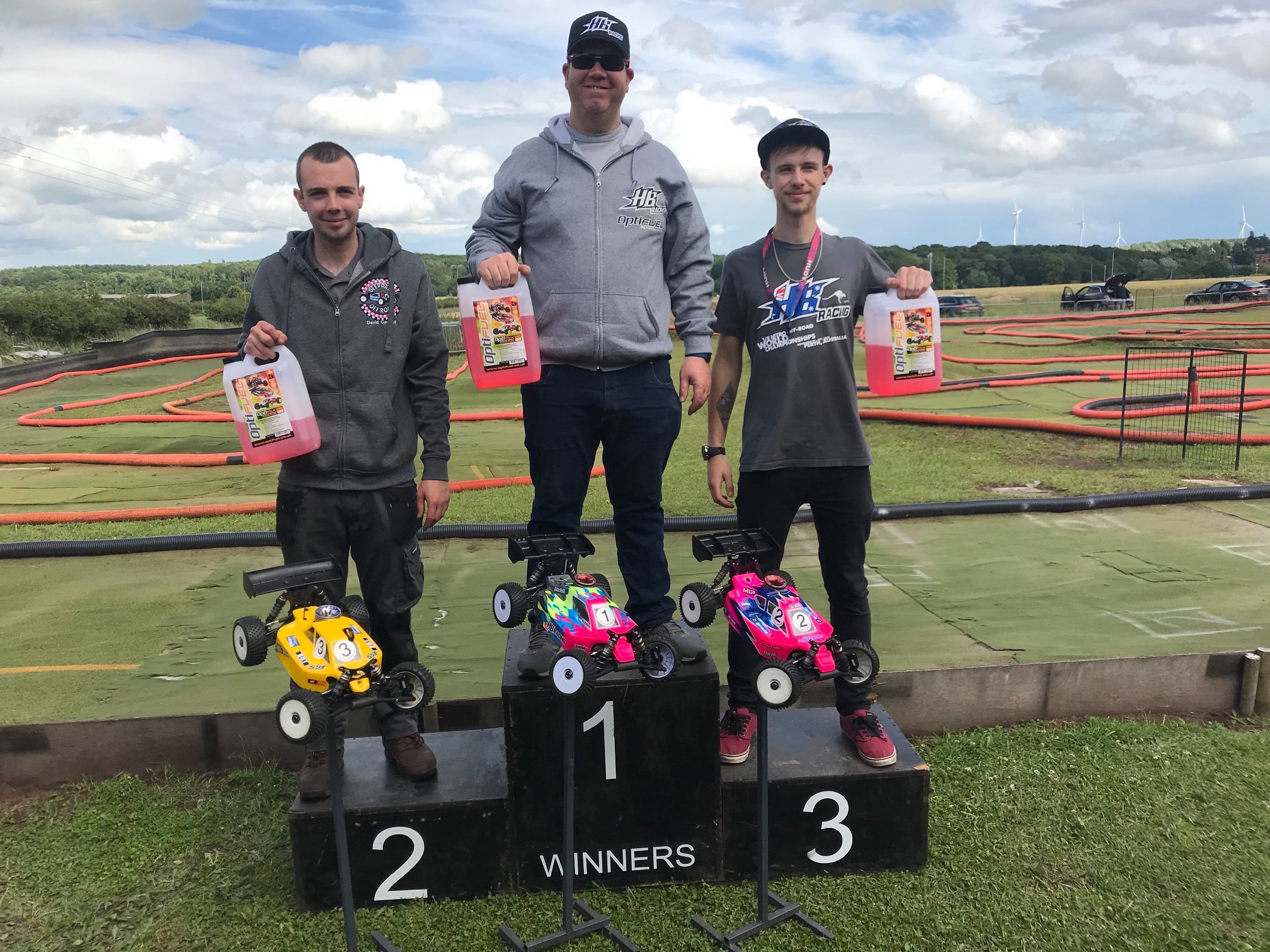 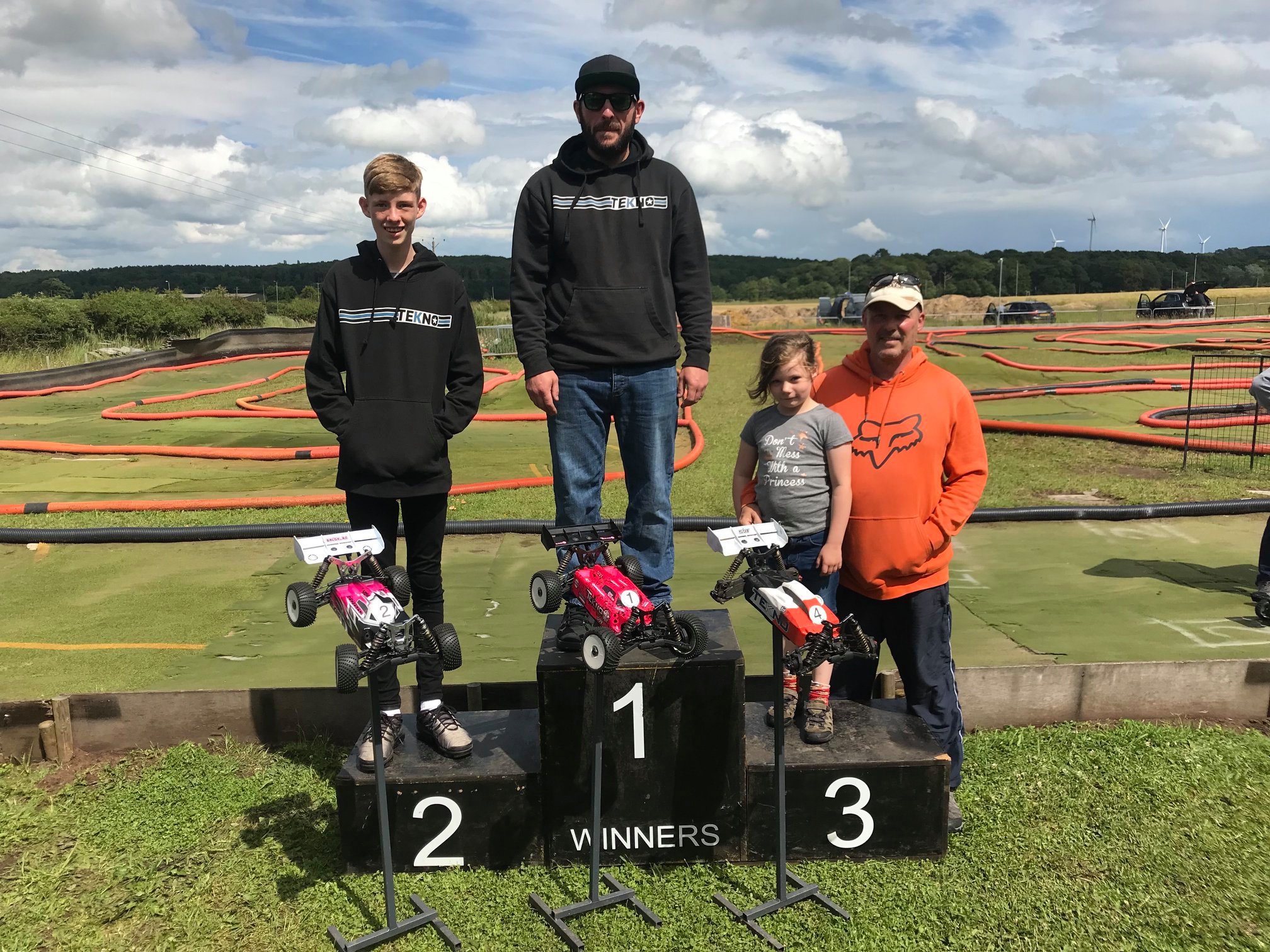 We have 293 guests and 2 members online