The forth round of the Deerdale Summer Series was on the 7th July 2019.

Because it was a lovely day and a good turn out we had a round of timed practice then the usual 4 rounds of qualifying with the best two to count.

We had challenging races because of the track being very dry and drippy.

With the computer running BBK and in its normal automatic mode the meeting ran at a steady yet continuous pace with the drivers enjoying the day.

After the 4 rounds of qualifying we saw

Shaun Thompson take the TQ in E-Buggy. And after the a very close qualifying and going on countback David Cantrell took the TQ and Adam Hall in a close second overall.

After a 40 minute break we cracked on with the finals.

We ran 3 finals this time, with a single E-Buggy Final and two Nitro Buggy Finals.

Out first was the 20 minute Nitro Buggy B Final. This race contained 9 drivers. And the top 3 were bumped up to the A Final to make up the places 11 to 13 in that race.

The racing was close in this race with joung Finley Jepson keeping up a good pace throughout. However after 20 minutes we saw Will Sharman take with win with Sam Kositzki in second place and finally Kyle Half-Track, Oops sorry i mean Kyle Ward-Taylor finishing in third. 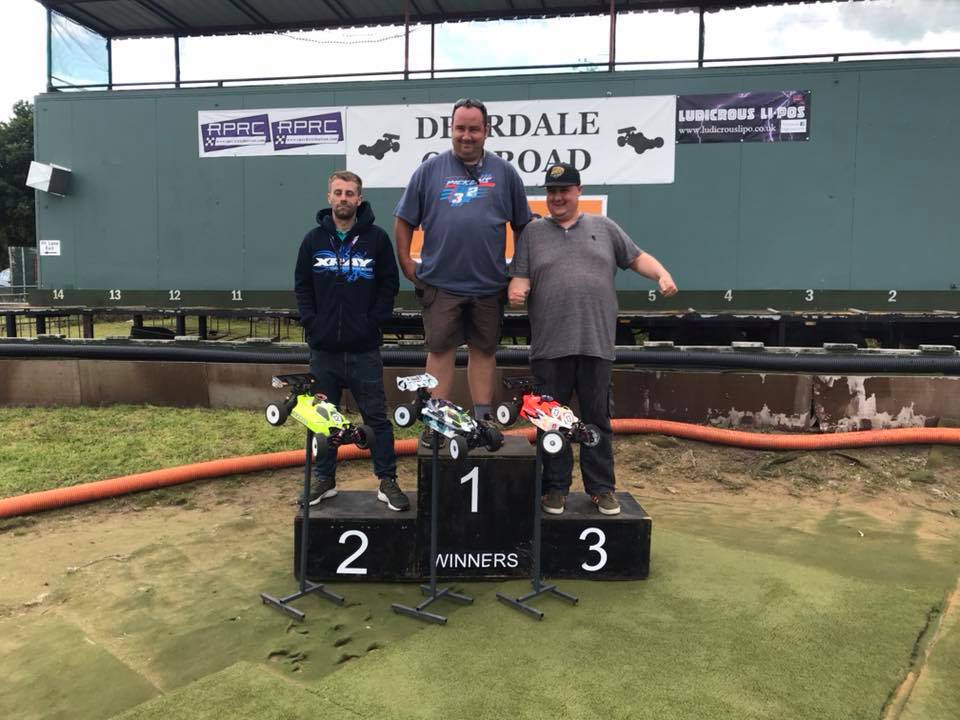 The next final was the E-Buggy final. This race ran for 18 minutes. This race was interesting to say the least with a bit of dirty driving going in here and there. But after 18 minutes we saw cheater, Wait....Did i say cheater? I mean the fast driver Shaun Thompson take the win with his Kyosho. Tekno Driver Lewis Marshal came in second place and finially Adam Smith came in third place. 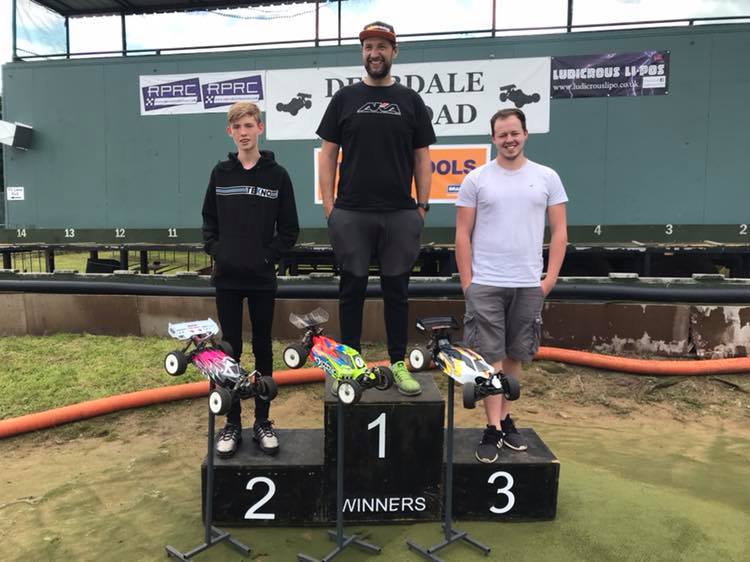 Between the two A Finals we had a short break because the drivers who bumped up in tot he Nitro Buggy final were marshalling for the eletric drivers. So we gave them some time to get caught up and ready before they headed back out on track for the second time.

A final Buggy. What a race. Very close between the top 2 throughout the race. these drivers being David Cantrell and Adam Hall. At some points in the race they were only seporated by 0.87 seconds. In the end Hot Bodies driver Adam Hall took the win with another Hod Bodies driver David Cantrell taking second place. The man the myth the legend Lee Maggs took third place with his Xray. 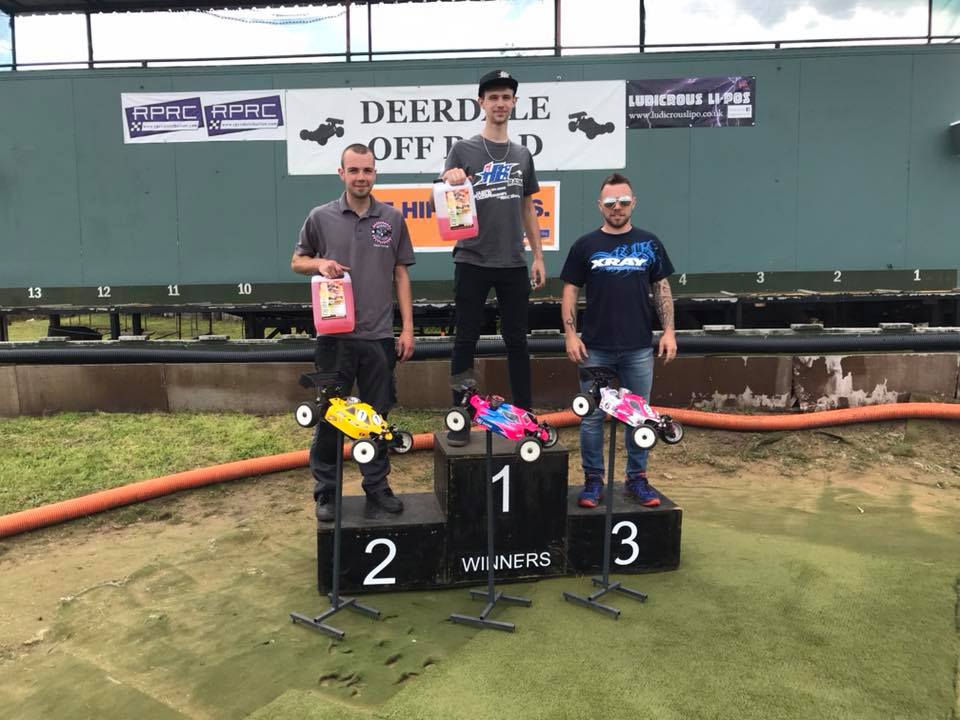 I would like to thank all drivers for making the trip to see us. I hope you all enjoyed the meeting and i hope you all come back to see us again soon.

The fifth round of the series is on the 11th August and don't forget the EMAS Summer Sizzler is the week before.

We have 312 guests and 2 members online