22 Drivers made the trip to Deerdale off road for the 6th and final round of the Summer Series. Both Buggy and E-Buggy championships coming down to the final round so it was all to play for.

The stay started out damp as there was a morning dew on the track first thing. but after the first round of practice this had gone and the track was dry and grippy going into the 4 rounds of qualifying.

There were 2 heats a round. So as usual the computer ran in automatic mode which made the meeting progress at a steady pace.

How ever in the end David Cantrell took the TQ with Adam Hall in a very close second overall in the Nitro Buggy Class. Lewis Marshall dominated E-buggy in qualifying from the get go and taking the TQ spot. Second overall was Adam Smith and James Lawrenece who we haven't seen for a while come in third overall (welcome back James)

After a short break of 30 minutes or so for lunch we started the two finals of the day and the last two races of the series.

Nitro was out first, this race ran for 20 minutes. The quality of driving across the whole field was fantastic in this race. The battle for first and second was fierce. Dave was in front. then Adam was in front. then david and so on. How ever after an amazing race we saw Adam Hall take the win and David finished in second place with only 5 second hehind Adam. Third place was taken by the man, the myth, the legend, Lee Maggs! 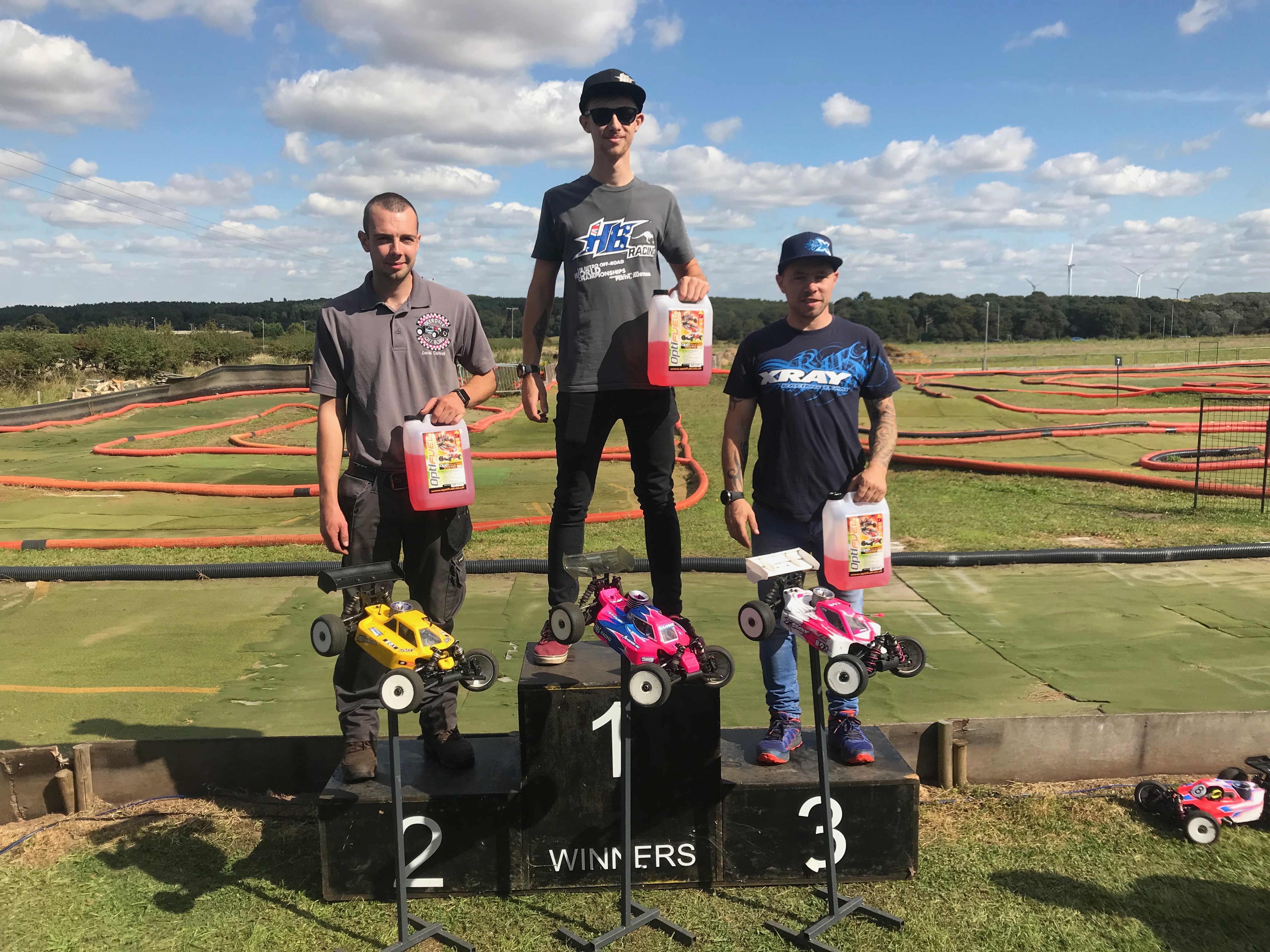 E-Buggy final was next. This was a 18 minute race and again the driving was very good in this race. Lewis Marshall got a clean and was out in front the whole race and manage to take the win. James 'Mugen" Lawrence took second place. finially Adam Smith came in third place. 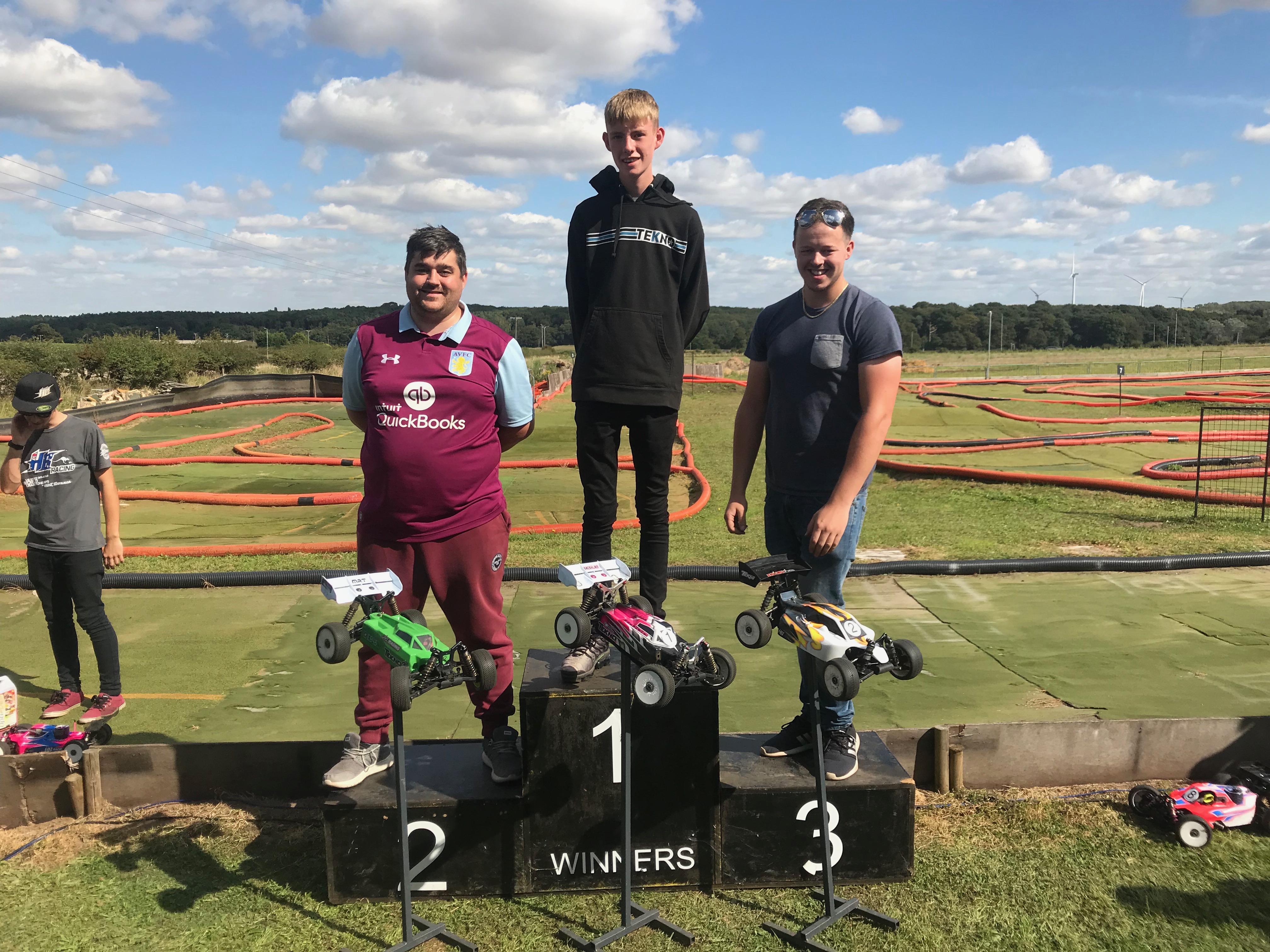 Well done to all drivers in this race. Another fantastic meeting at Deerdale

After the results had bene updated the winners were handed their trophies.

I would like to say thank you to all drivers who attending the series. I hope to see you all again. Please see the website for more event information.

We have 307 guests and 2 members online