Round 3 of the EMAS Series on the 24th November 2019 at the Deerdale Club. 33 drivers attended the meeting. Inlcuding some of the best drivers in the country.

The meeting started a little later than planned due to myself having some electrical issues within race control. So the track was opened for open practice while I went to grab my back up scoreboard. After I returned we had drivers briefing and racing started just after 10am. The original plan was to have a round of timed practice, followed by 3 rounds of qualifying. However because of the late start and there being open practice. The round of practice was dropped and we went straight into 3 rounds of qualifying.

The track started out slippy in places and grippy in others. Which made it challenging for most. Looking at the lap times from the races you can see the change in the track.

The racing continued at a nice and steady pace. The computer always run in auto mode at deerdale which made things easier for drivers to understand and in tern less work for me in race control. Because I can just let the computer get on with it. The drivers requested a break between each round which was perfectly fine. So racing stopped for around 15 minutes or so before we went out again.

After the 3 rounds of qualifying we saw:

In E-Buggy class we saw

After the qualifying had finished we had a break before we started the finals.

But first we had a special race called The Last Man Standing. This is simple a race that runs for 8 minutes and if you crash you are out.

9 Drivers lined up on the straight to start the dash. It was a good race. Some mistakes and bad luck by some drivers took them out the running. In the end we saw. The Man, The Myth, The Legend! Lee Maggs take the win and bagging himself the £25 top prize. Second place was Kyle Ward-Taylor who took the £15 price, Finially the third spot was taken by David Ingram who took the £5 prize. Well done to you all 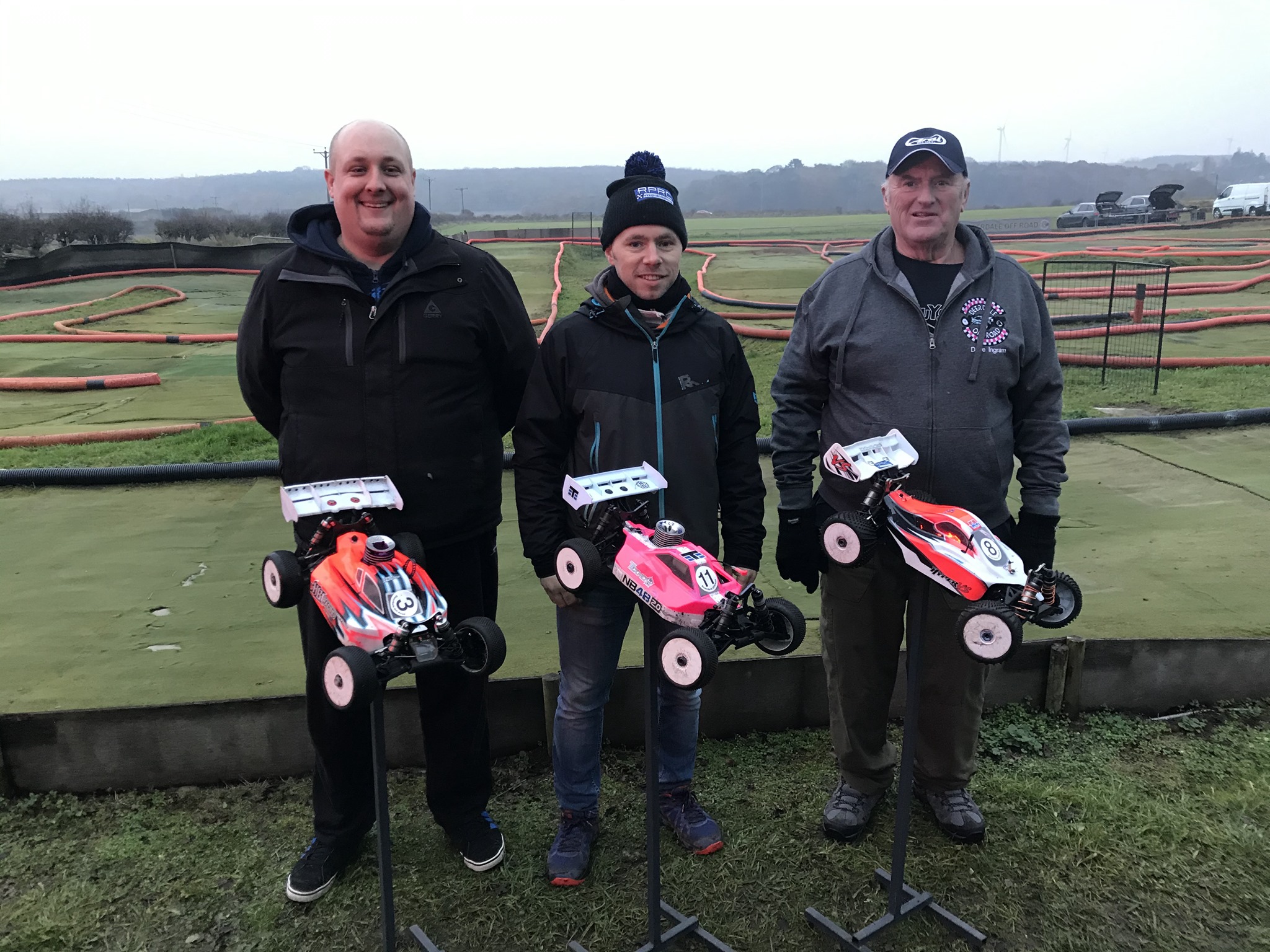 Straight after we started the 18 minute B Final. There were 15 cars in this race. The top 4 to bump up into the A Final. The racing was good and close all over the field. However after the 18 minute race we saw Jack Hirst take the win with Tommy Hall in second place. Third place was taken by Liam Brocklehurst and finially forth place was taken by Mark Milward. These drivers were promoted to the A Final. 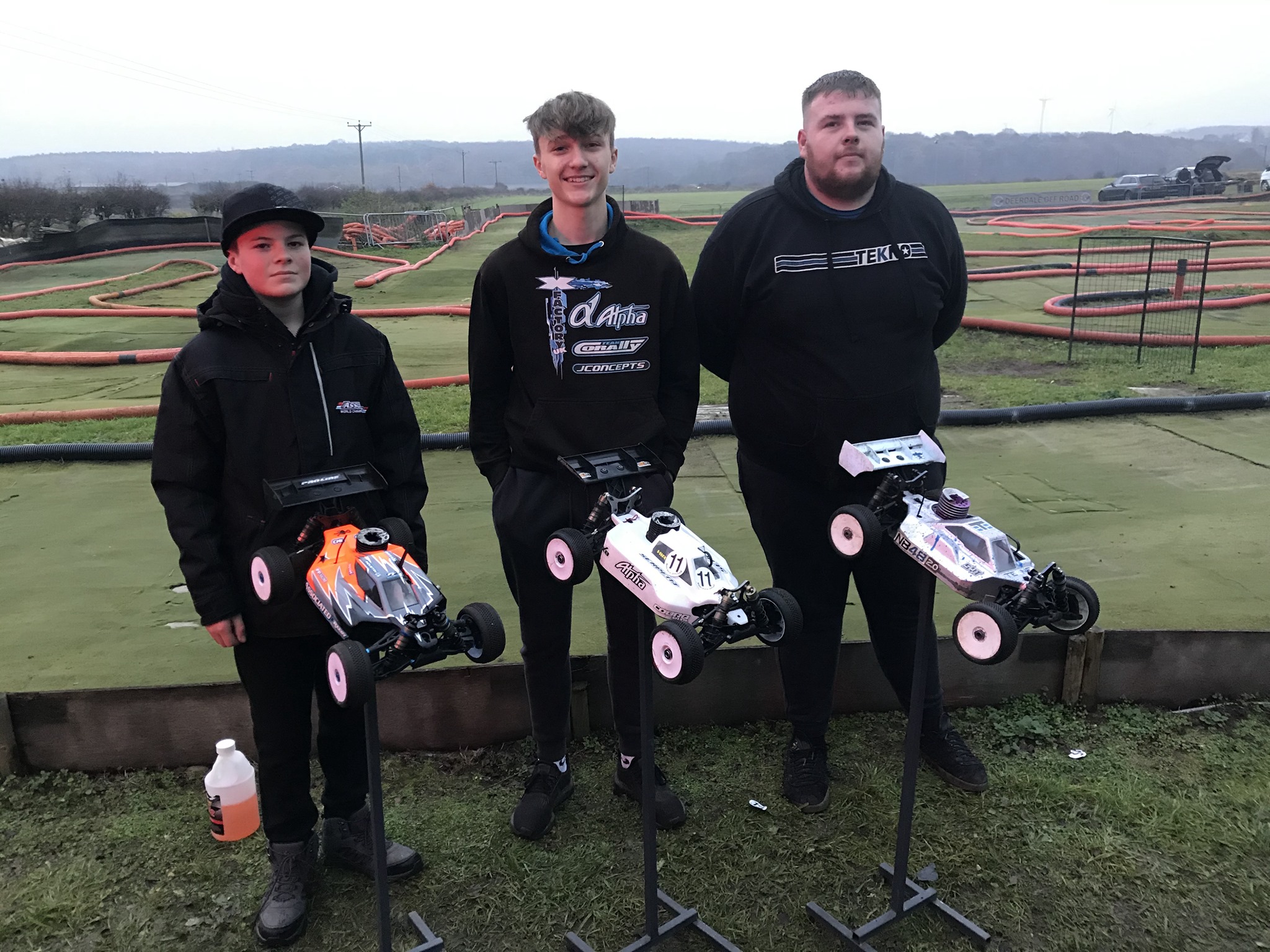 The next final out was the E-Buggy Final. This race was also a 18 minute race. 7 cars competed in this race. There was a bit of slowing down in the first corner but after all the drivers had settled in. The racing got underway. First place was off and left the rest of the field behind. Second and third were battling it out for a while before Graham Stocks had an issue and dropped out. After that the field didnt really change. However in the end we saw Paul Fyfe take the win with BRCA Secretary Chris Jeffery coming in second place. Deerdale Treasurer Keith Bellamy took third place and Adam Smith took forth place. 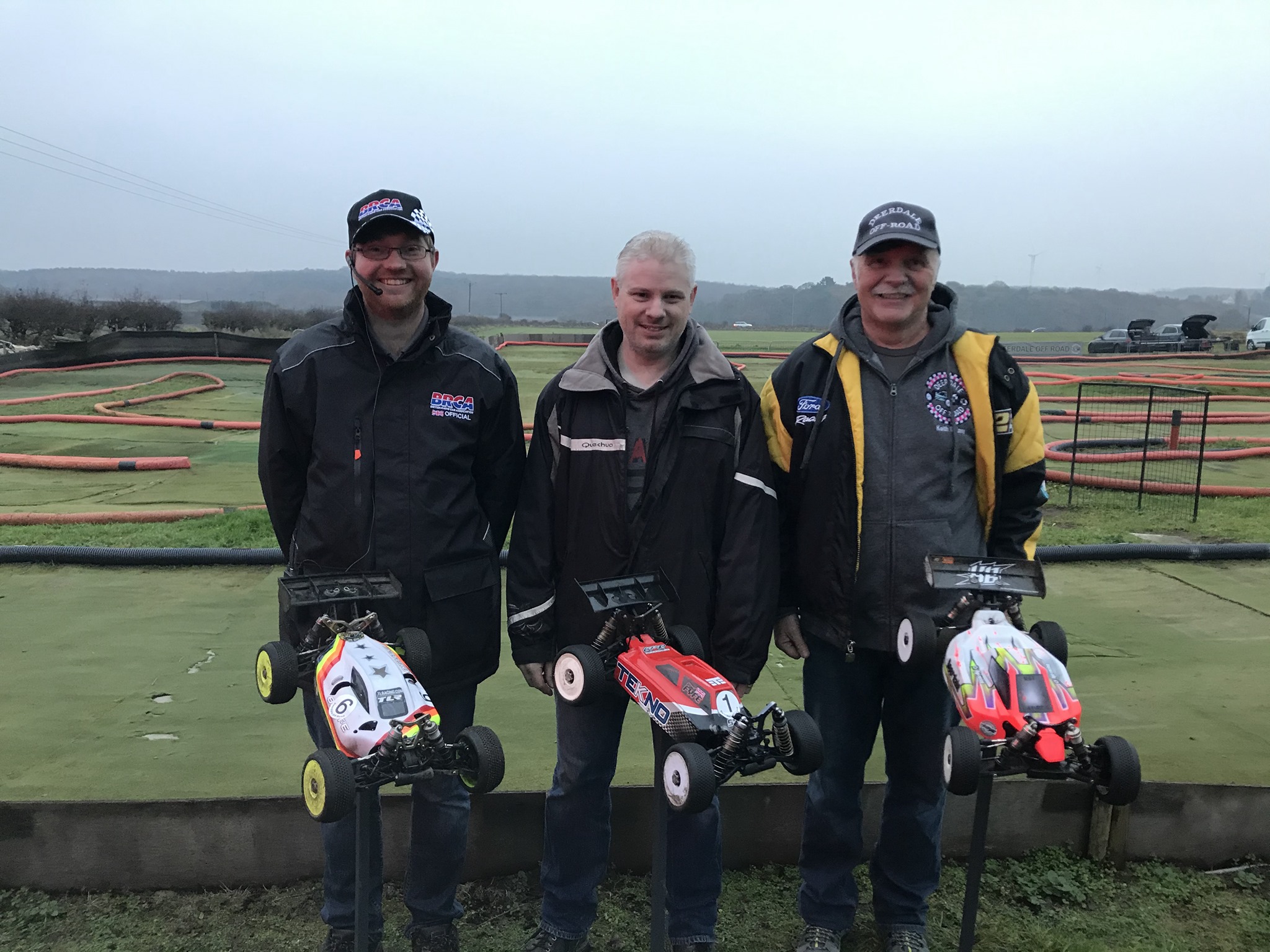 Straight out after that was the 18 minute A Final.

14 cars raced in this final. It was a fantastic race with one of the cleanest start to race I have seen in a long time. The top drivers were going round in a pack. Graham Alsop, Neil Cragg, Matt Lewis, Kieran Cox all battling it out for the top spot. Kieran was driving so well but sadly his car ran out of fuel within the last lap of the race. However after 18 minutes. Graham Alsop took the win with Matt Lewis in second place. Finially Neil Cragg took third. Cracking race by all drivers. 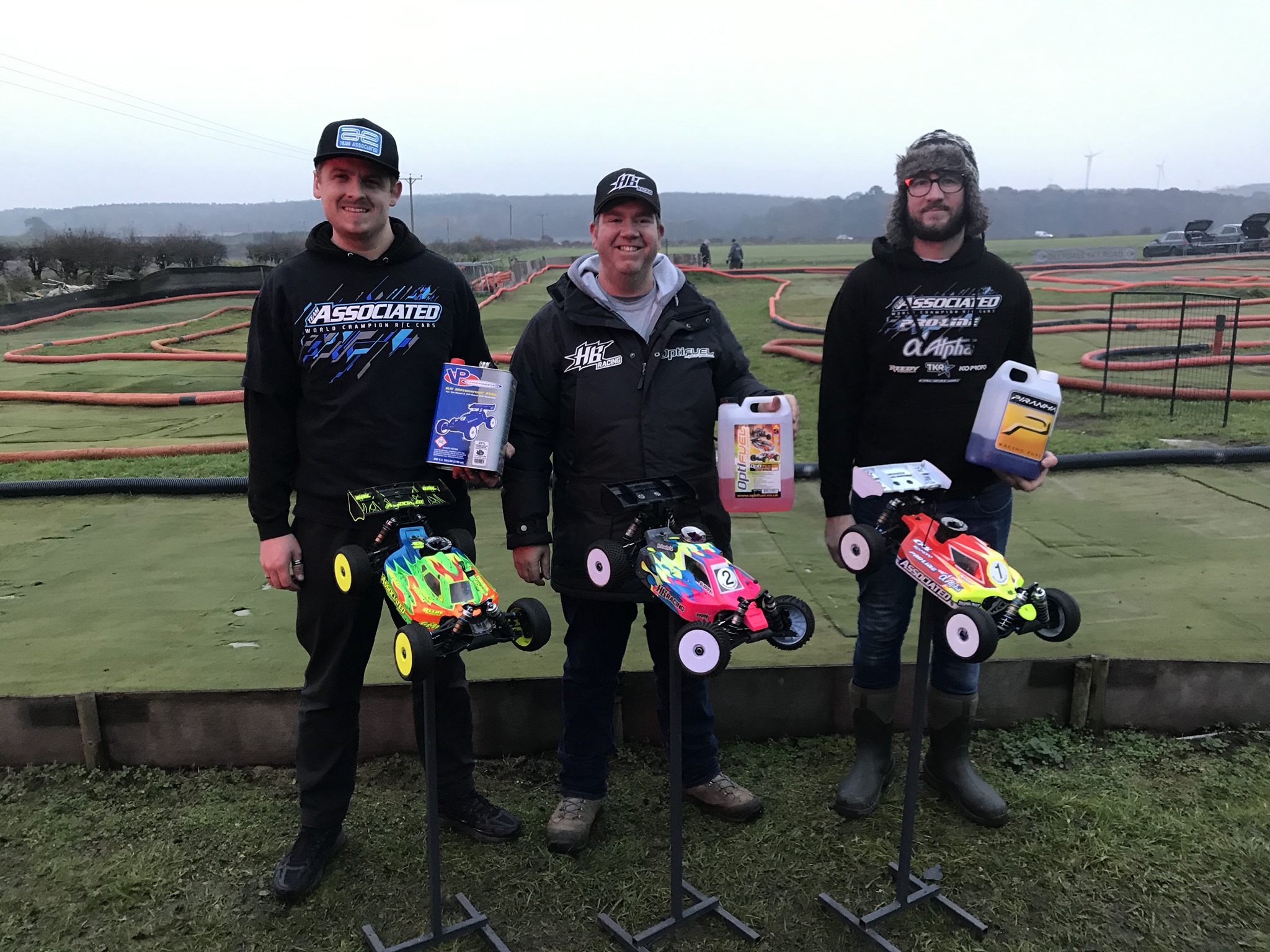 I would like to say thank you to everyone who made the trip to see us today, We hope you enjoyed the meeting and again thank you for baring with us while the scoreboard was sorted out.

The next round of the EMAS series is on the 22nd December at NDOR.

The results from the meeting are available on the NDOR website.

We will see you all soon

We have 63 guests and one member online