A cold, Windy but dry day at Deerdale kicked off the 2020 Winter Series. 20 Drivers made the trip to see us. 14 Nitro drivers and 6 electric drivers.

We started the day off with 3 rounds of qualifying with the best 2 to count. However because the weather was on our side for change. We decided to have another round of qualifying.

Qualifying went well for most drivers. However for our race director had a terrible first two runs. First one the front left drive shaft fell out. Then in the second run the front right one fell out. How annoying.

But anyways. After the 4 rounds of quailfying we saw;

We stopped for roughly 40 minutes for a bit of a lunch break before we went into the two finals. Because of the odd numbers it was decided that the bottom 4 nitro drivers would race within the E-Buggy Race.

Out first was the 20 minutes Nitro Buggy A Final. The race started very well with only the smallest amount of 'slowing down' shall we say in the first corner. The first lap or so we saw Daniel Austin take the lead only to be swopped past on the inside line of a corner by Graham Alsop how remained in the lead for the remainder of the race.

However in the end we saw, Graham Alsop take the win with Daniel Austin second place. Harvey Ward came in a very respectable third place. 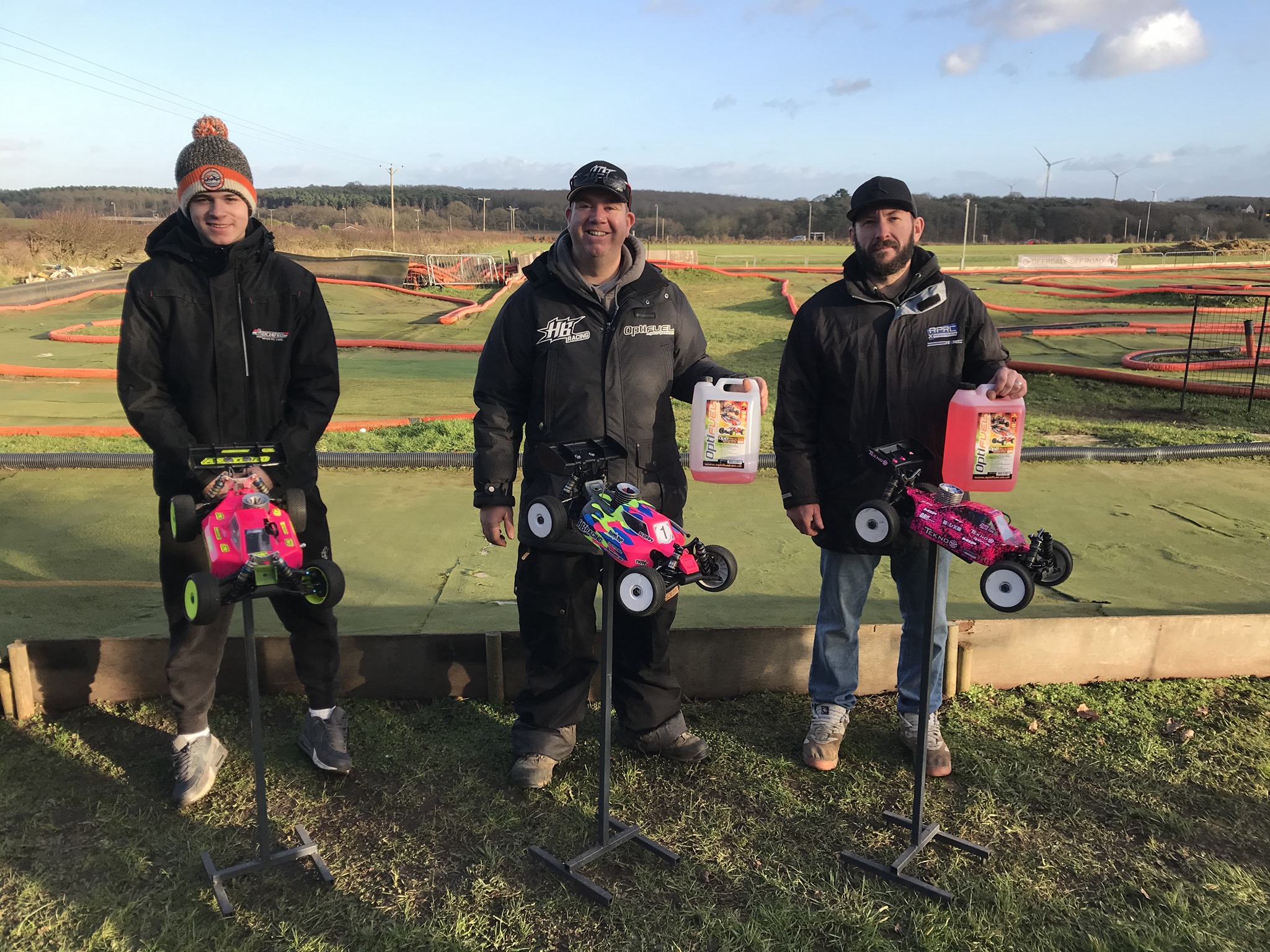 E-Buggy race went out next with the 4 remaining nitro drivers. This race also ran for 20 minutes. With the electric drivers coming in after 18 minutes

This race was good and some of the laughs coming from the rostrum were brilliant. Young Finley Jepson was hilarious to say the least. Adam Smith had a good lead throughout the race. Chris Jeffery was chasing him down throughout the race until Adam binned it around 6 laps from the end and Chris flew past and stayed there until the end of the race. Because there were only 4 drivers in the E-Buggy that were nitro. there times were added to the A Final to make it a single race. 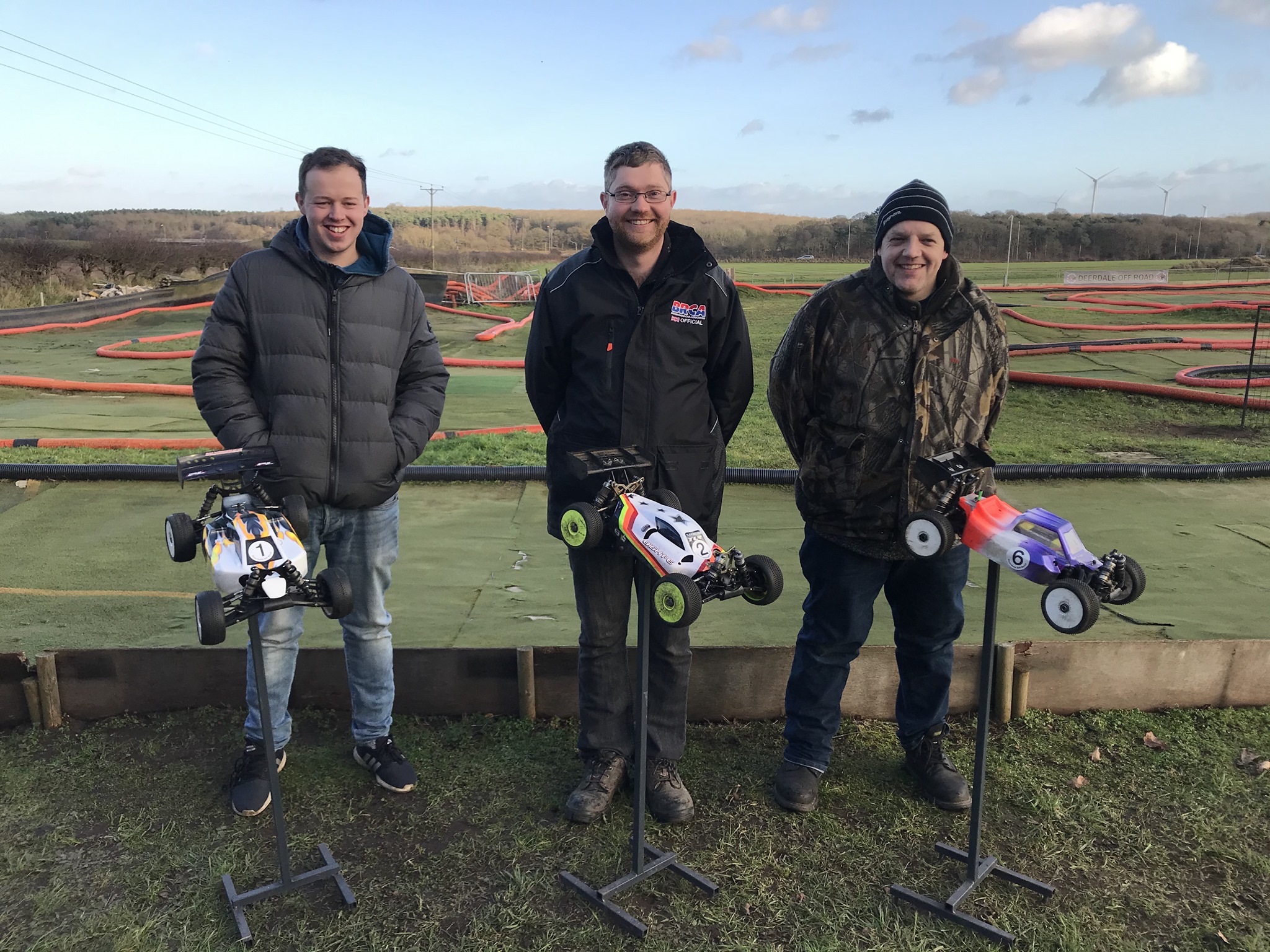 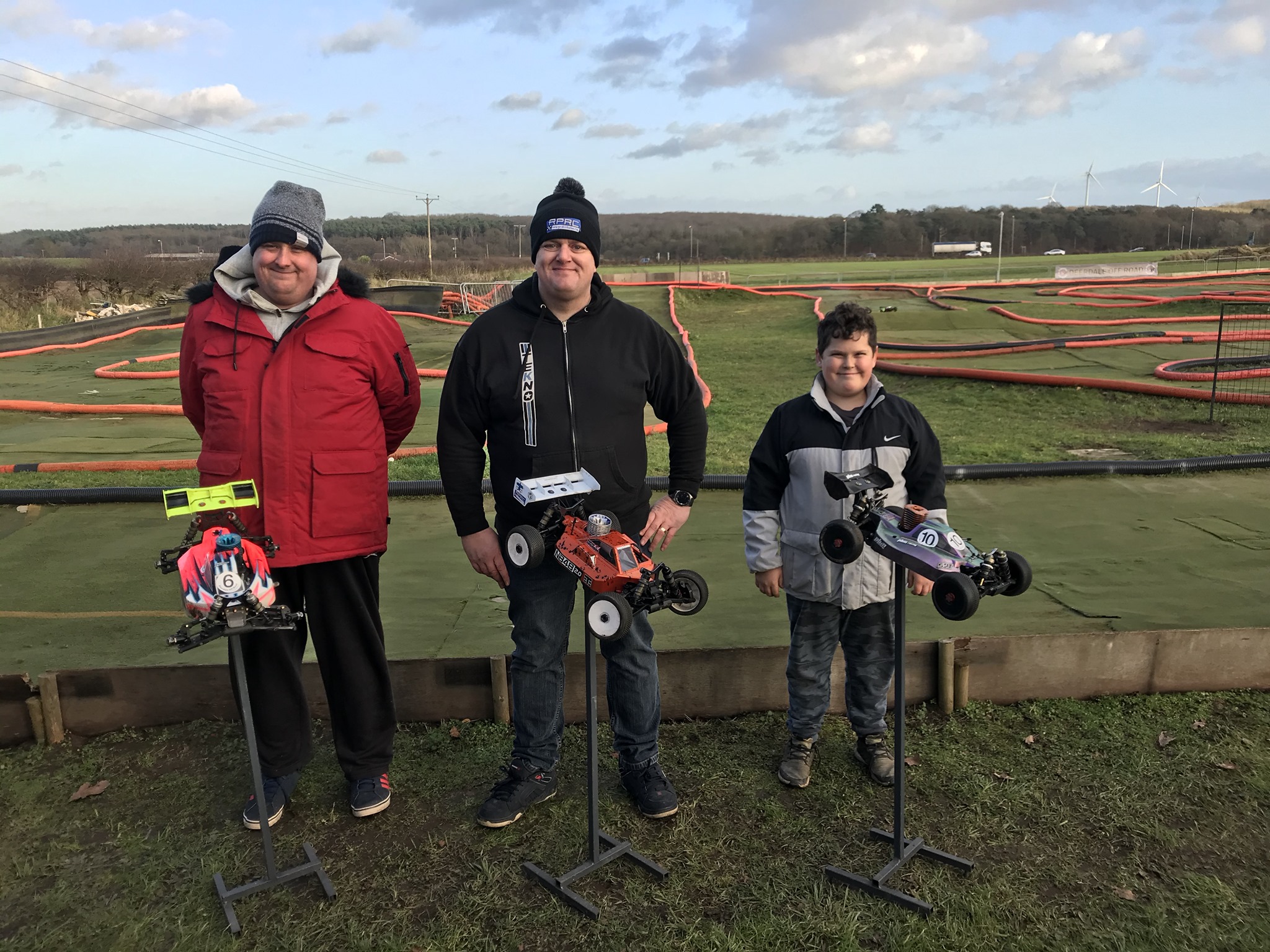 In the end Chris Jeffery took the win with his TLR. Adam Smith took second place only 17 seconds behind Chris. Graham Stocks finished in third place. Cracking race by all.

I would like to thank everyone for coming to the meeting. I hope to see you all again. Club membership is also up for renewal. Don't forget to do your BRCA Licence too!

I would like also take this opportunity to say Merry Christmas and Happy New Year.

We have 45 guests and one member online